Frances Russell established Russell Library in memory of her husband, Samuel. Purchasing the Episcopal Church of the Holy Trinity on the corner of Broad and Court Streets, Mrs. Russell remodeled it in the Roman Gothic Style. The building opened as the public library for the City of Middletown on April 5, 1876.

In 1930, Hubbard wing was added, and in 1972 the Children’s Library (originally the First Federal Saving and Loan Association of Meriden) was remodeled.

In 1983, the original church and the Children’s Library (located in the old bank) were connected. Two of the original stained glass windrows were reinstalled in the new main peak and in the Children’s area. Access was improved by the addition of an elevator and ramps.  The combined buildings surround a beautiful inner courtyard, the site of concerts and other events. Lovely outside gardens have been subsequently installed. 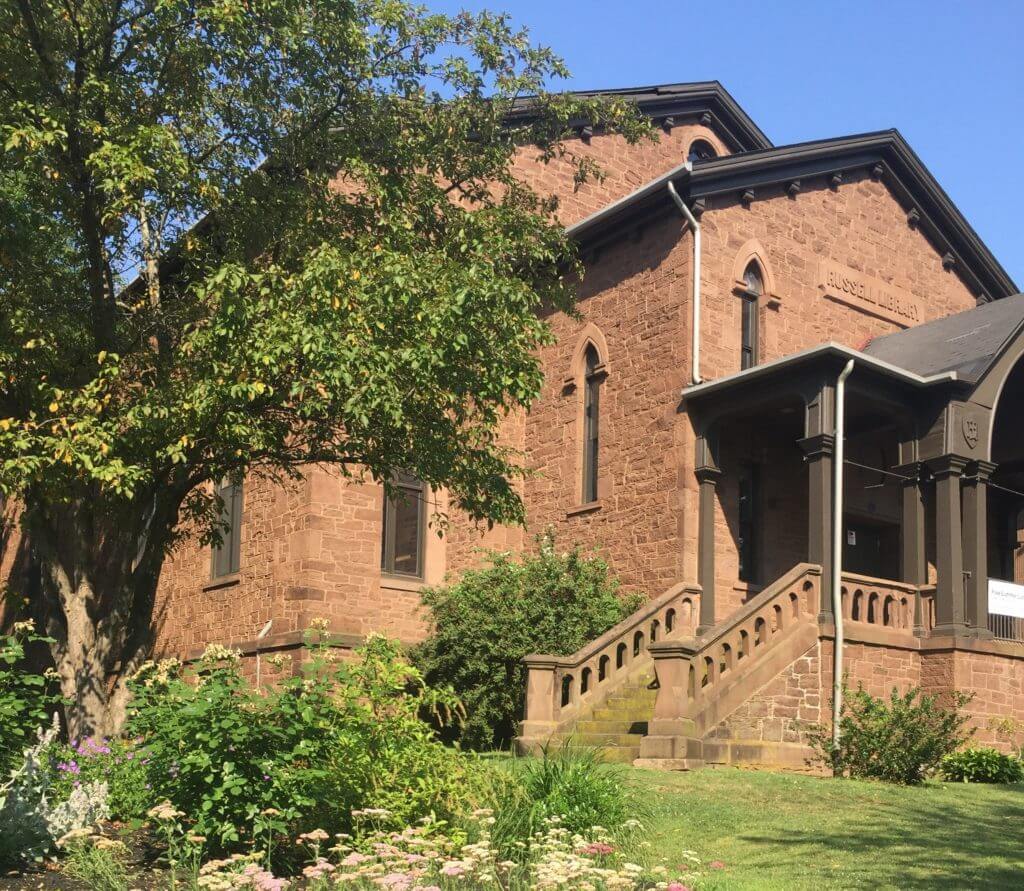